COVID-19: Lawsuit Fights for Immediate Access to Vaccine for Those in DOC custody

April 2, 2021 – Lawsuit filed by incarcerated individuals also demands that DOC provide accurate information about the COVID vaccine and to protect those incarcerated from staff who refuse to take the vaccine.

Petitioners Candis Rush, Justin Autrey, and Gregory Steen filed a lawsuit against the Washington State Department of Corrections (DOC), citing abysmal conditions for those in DOC custody and the department’s refusal to provide vaccines. The lawsuit demands that the Department of Health (DOH) and DOC take action immediately and provide vaccine access for those incarcerated.

In their press release, Columbia Legal Services (CLS) writes that merely allocating doses is not a sufficient solution. Other problems such as increased distrust between staff and residents due to DOC prioritizing vaccines for staff as well as preventing those incarcerated from receiving any information or news about the vaccine are all contributing to the increased risk.  “It is imperative that the DOH, and DOC partner not only with each other, but also engage with authentic, respected voices in the community to help spread accurate information and build trust around the vaccine and DOC’s ability to properly administer it,” said Tony Gonzalez, the CLS attorney who represents the plaintiffs in the lawsuit.

To learn more about the lawsuit and CLS’s advocacy efforts, please read the CLS press release.

(Olympia, WA) – The Washington Supreme Court struck down today the state’s drug possession law as unconstitutional because it allows people to be convicted of a crime for completely innocent conduct.

Police found a small baggie of drugs in the coin pocket of Shannon Blake’s jeans, and charged her with drug possession – a felony punishable by up to five years in prison and a hefty fine.  But Ms. Blake did not use drugs.  Her friend had purchased the jeans secondhand and gifted them to her two days prior.  Although Ms. Blake was unaware of the drugs, she was found guilty because Washington law does not require proof that a defendant knowingly possessed drugs.

The Court concluded the law unconstitutionally criminalized “passive and innocent nonconduct” and that Ms. Blake was convicted although the prosecutor did not prove that she “did anything except wear jeans that had pockets.”

The Court expressed concern that the law could extend criminal liability to those who “pick up the wrong bag at the airport, the wrong jacket at the concert, or even the wrong briefcase at the courthouse.  Or a child might carry an adult’s backpack, not knowing that it contains the adult’s illegal drugs.”

“The Court correctly recognized the injustice of convicting people for innocent conduct,” said Richard Lechich, a Staff Attorney at the Washington Appellate Project who argued the case before the Court.  “While the decision cannot rectify the harm this law caused to so many communities, particularly communities of color, it at least puts an end to it.”

As a result of the Court’s decision, Washington joins 49 other states and the federal government in recognizing that the unknowing possession of drugs is not a crime.

The full opinion in State v. Blake is available on the Court’s website. 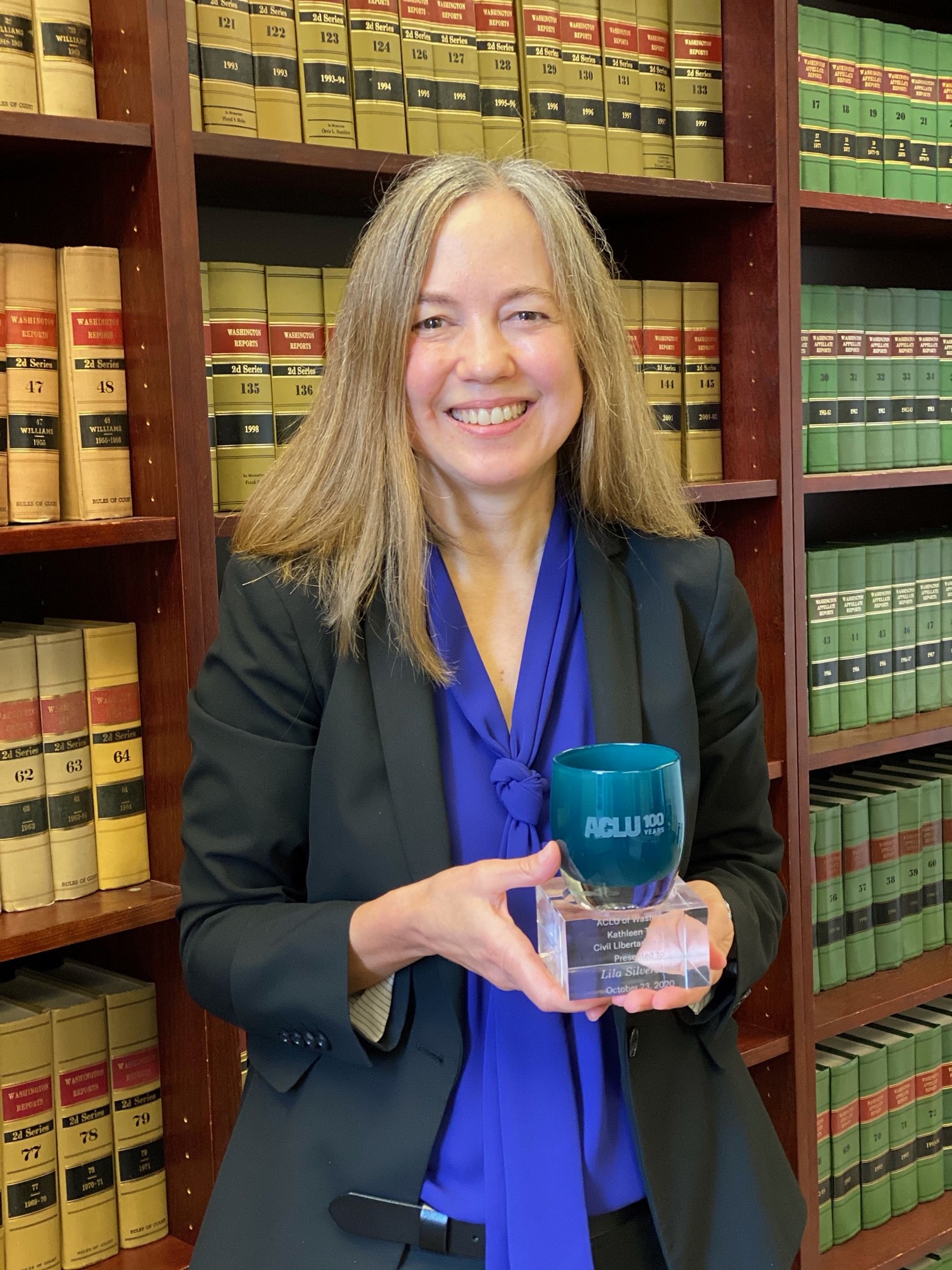 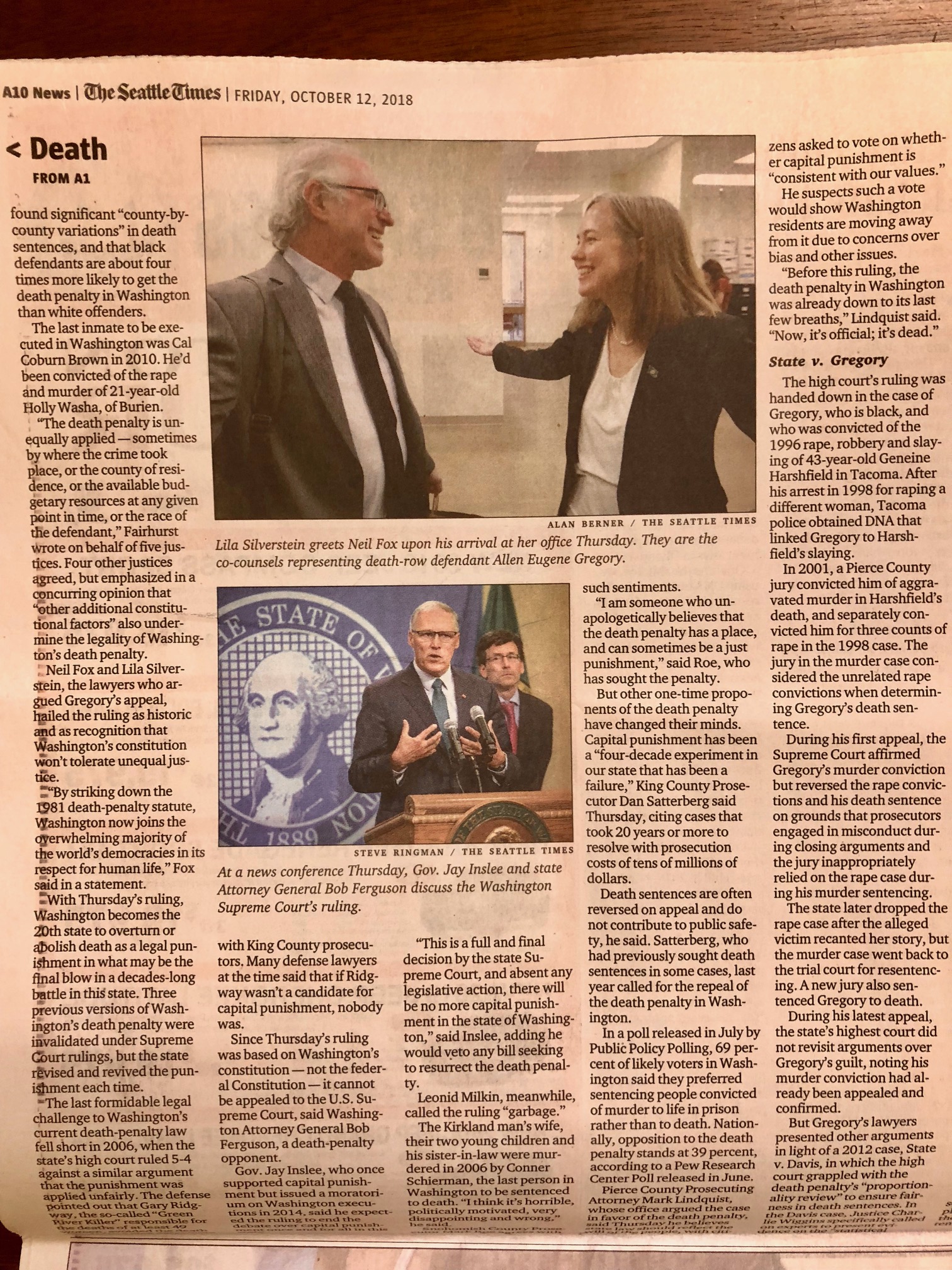